The last LOST (for now) 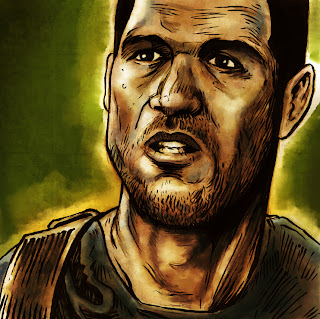 The last of the eight LOST commissions I did. I've been asked to produce an A2 scene by the same client, and have plumped for a line up of 10-12 of the main characters standing on the beach with the flaming chunks of plane wreckage behind them, but it'll be a while in the making. 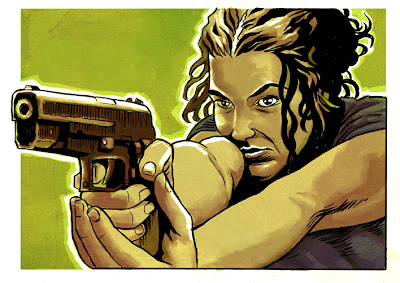 Not crazy about the Jack - the likeness is a bit off, although I'm pleased with the colouring job. Much happier with Kate though. 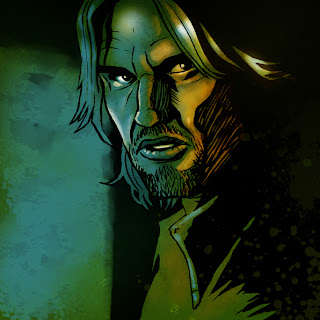 And good old Sawyer, an infinitely better prospect for Kate than dull predictable Jack. But that's a matter of taste I guess.
Posted by Matt Soffe at 11:58